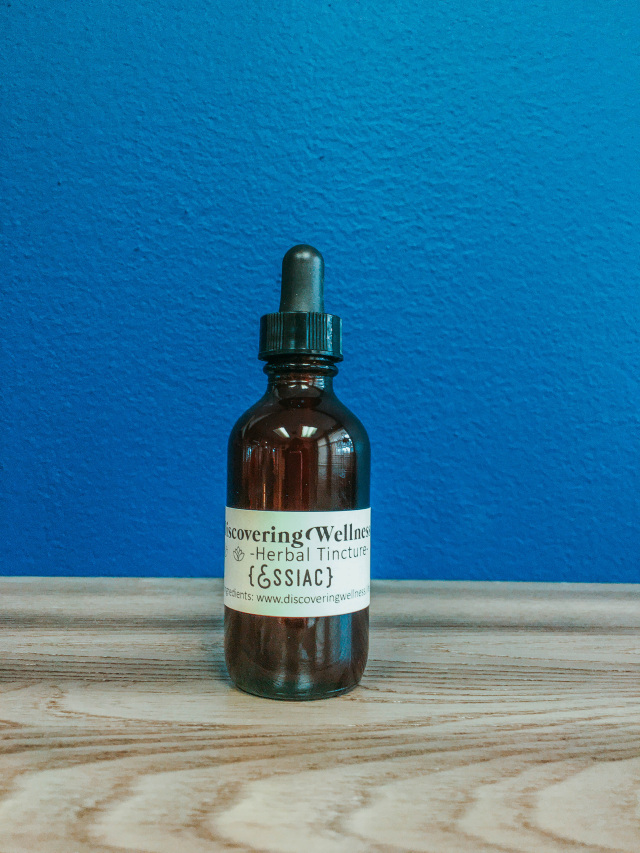 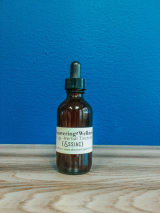 SKU:
$34.99
$34.99
Unavailable
per item
The original Ojibwa Formula plus extra filter support. Wonderful cancer support. Great pancreas and diabetes support. Essiac Plus is a blend of six natural herbs in particular ratios, all of which are known to have immune boosting, blood building and detoxifying properties. When taken as a brewed medicinal tea, Essiac Plus helps the body become better equipped to fight off disease, it is also recommended for preventative healthcare. Our formula consisting of six herbs has natural abilities that collectively acts as a broom that sweeps the blood and the body clean. Essiac Plus should be used for foundational health. Dr. Castaneda has always maintained that, “You cannot build a strong house on a weak foundation” and this formula is one of her most used formula’s for improved health and healing of chronic disease during her 17 years as a Naturopath.

We, at Discovering Wellness, believe that our formula is the most effective Essiac formula being sold in the world, and that our Essiac Plus Support and Detox Tea ingredients are of the highest quality. We use only the best and our success over the years confirms that. (see testimonials).

Essiac was originally created with four herbs, however, Dr. Castaneda knew that it could have much greater potential in aiding the body through illness with additional fighting power. After eleven years of research and use with her patients, Dr. Castaneda added two more herbs and created our six herb formula which proved to be SUPERIOR to the four herb formula.

Essiac and cancer have been the topic of a great deal of discussion over the last several years. It has been noted by thousands of individuals worldwide that their recovery and overall health regarding cancer has been remarkable following a specific regime of essiac tea. Dr. Castaneda has witnessed many miracles of healing over the years when the Essiac Plus formula has been used along with some of the other Discovering Wellness Formula’s for chronic illness and disease.

Traditional therapy such as chemotherapy can kill the cancer cells, but it also kills good cells since it cannot differentiate between the two. This, in turn, can make the body weaker.

Essiac Plus is designed to not only rid the body of toxins which are causing illness, but also boosts the immune system and builds the blood, making the body stronger and giving it the ability to fight disease.

Although some individuals choose only to drink essiac for their illness, there has been NO reports or evidence that essiac interferes with chemotherapy or radiation. In fact, it may enhance the effects of traditional treatments since it strengthens the immune system. Those who have used conventional treatments know the levels of fatigue that can ensue due to such therapies. Essiac Plus tea provides increased energy levels which is needed very much so during the course of conventional treatments, surgery or while rebuilding ones health.

The Discovering Wellness Essiac Plus Formula acts as one of the finest blood
purifiers available. The herbal constituents work as a diuretic, diaphoretic, astringent and a mucilage, removing debris and cleansing the gut. It helps the kidneys to filter out impurities from the blood. It clears congestion in the respiratory, lymphatic, urinary and circulatory systems. Touted as a powerful anti-inflammatory remedy, it alleviates inflammation and irritation in the throat and urinary tract when the herbs are taken as a tea or infusion where the absorption factor is much greater. The formula also has the ability to help break down tumors, and has an antibiotic and anti-microbial effect, therefore having the ability to revitalize the entire system as a whole.

The gentle laxative action aides the system by stimulating the secretion of bile into the intestines. It also stimulates the gall duct to expel toxic waste matter, thus
purging the body of waste bile and food. As a result, the liver is cleansed and chronic liver problems may be relieved. It is a potent purgative, easing both constipation and diarrhea. Its laxative properties affect the colon and intestinal muscles, encouraging movement, while its astringent properties can make stool firmer without inhibiting the purgative effects. The formula can promote improved digestion, stimulate peristalsis and increase mucous production in the intestines.

Taking this formula may also reduce the risk of heart disease and stroke by improving the cholesterol profile and toning the arterial walls, as well as by preventing the clumping of red blood cells that build up on the linings of arteries.

Its antioxidant properties protect the liver from toxic chemicals, allowing it to process the body's naturally occurring steroids which are helpful in achieving hormonal balance. It can stimulate the release of gastric juices, aids digestion and helps neutralize excess stomach acid. This formula is used in natural medicine to treat chronic diarrhea, esophagitis, gastritis, peptic and duodenal ulcers, and ulcerative colitis and acts as an agent for stimulating the release of bile from the liver into the gallbladder. The Essiac Plus Formula is used to support a variety of liver and gallbladder disorders, including the breakdown of undigested fats. The release of bile is laxative, and accelerates the breakdown of various steroid hormones, causing a favorable effect on skin conditions. The collection of herbs are noted as some of the best herbal diuretics known to man. They stimulate urination but they also replace the potassium that is lost due to the increased volume of urine.

Directions: Add 1-60 drops in water 1-4 times a day as directed by your natural healthcare practitioner

​All of our formulas are carefully assembled by the Discovering Wellness staff in our own facilities. We do not mass produce our products in a factory and are therefore able to guarantee they contain all the ingredients listed.
Add to Cart